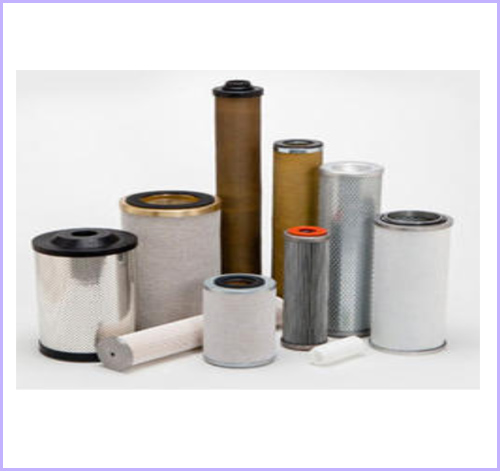 In the oil and gas processing and petrochemical industries coalescers are used. Coalescence is the process of causing coming together of liquid aerosols to form larger droplets which are large enough to be drained away gravitationally. A coalescer operates in reverse to an emulsifier which creates emulsions.
Selecting the right type of equipment will depend on the nature of the substance to be separated.

A coalescer may be used on its own, or as a component of a larger separation unit.. For example, an oil coalescer or fuel coalescer can be used to recover oil or fuel from a water-oil mix respectively while a gas coalescer is used to separate gases from gas-fuel or gas-water emulsions.

Various applications of Coalescers in Industry

Coalescers are widely used in oil and gas operations and petrochemical industries for liquid-liquid or liquid-gas separation during product refining processes. For example, to ensure high product purity, liquid-gas coalescers are used in the downstream sector to separate water vapor and liquid hydrocarbons from natural gas streams In addition, coalescers can be used to protect refining equipment from corrosion. In the petrochemical industry, coalescers as part of filtration systems to eliminate water vapor from products prior to storage.

Electrostatic coalescers utilize electric charges (DC or AC, or a combination of both) to induce coalescence of liquid molecules onto the surface of a collection tank. They are especially useful in water-hydrocarbon emulsions and widely used in offshore production platforms. The electrostatic charges help to destabilize the emulsion by increasing the size of the molecules, causing them to fall to the bottom of the tank.

Mechanical coalescers utilize a series of baffle walls or coalescing filters to separate water/hydrocarbon condensate from emulsions and coalesce them into larger molecules. A common application is for water separation from liquid hydrocarbons or natural gas.


Functions of a Coalescer

Typically, the separating mechanism consists of a series of baffle walls or filters located at various points of the system. The system is designed such that the separation devices trap the various components of the mixture at intervals.
In the case of water-oil separation, baffle fibers separate the denser oil molecules and allow water molecules to diffuse and coalesce at a collection point underneath the baffle walls where they can be drained mechanically.


Characterstics of a Coalescing Filter

A coalescing filter is a device used to separate vapors, liquids, soluble particles, or oil from some other fluid through a coalescing effect. The coalescing effect is the coming together of liquid aerosols to form a larger whole which is easier to filter out of the system due to increased weight.

The filter consists of several progressive layers which perform specific functions; from separating solid particles to liquid molecules from a gas flow. Some common materials used as coalescing filters include borosilicate microfibers and semi-permeable membranes. A coalescing filter for natural gas separates water vapor and other particulates to improve product purity.